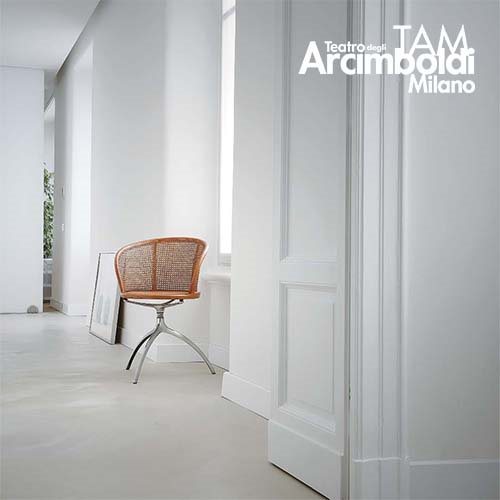 At the 2021 Fuorisalone, Alias will be the protagonist with the young lady chair designed by Paolo Rizzatto in the “VIETATO L’INGRESSO” exhibition

From 4 to 10 September 2021, Show Bees and Arcimboldi Theatre are delighted to present VIETATO L’INGRESSO (entry forbidden), a special initiative that will allow the Arcimboldi Theatre to reopen in an unconventionally way to the public and to artists after a year of forced closure, developing extraordinary collaborations with some of the most important creative names in design, architecture and interior design. The project’s designer and curator is Giulia Pellegrino, a versatile figure in the world of design and architecture. The Arcimboldi Theatre, an impressive project by Architect Vittorio Gregotti, founder of the famous Gregotti Associati International studio, thus maintains its vocation for those forms of contemporary art that have made it an iconic place in Milan’s cultural life. VIETATO L’INGRESSO is a totally new project that involves prestigious Milan-based Interior Design studios giving new life to the theatre’s dressing rooms, magical and secret places where actors, singers, dancers and musicians prepare to enter the stage. The initiative will end with a public voting contest in which the winner will be commissioned, as grand prize, to renovate the “Camerino Muti”, dedicated to the famous Orchestra Conductor who first inaugurated it when the theatre opened.A total of seventeen design studios have participated with great enthusiasm and generosity, deciding to adopt one of the theatre’s dressing rooms with the aim of giving a new personality to those rooms that have similar functions, but are all different, like the stories that come to life inside them: unique, intense, unrepeatable. The aim of VIETATO L’INGRESSO is to be a crossroads of experiences, emotions, perceptions that is strengthened by an explosion of creative methods and processes that merge together in creating suggestions and life stories. The visitors will be offered the opportunity to immerse themselves in the new worlds created by the studios, and to appreciate the high quality of the proposals, styles and design solutions applied. The project will be supported by technical partners, companies and workers, thanks to whom the costs of the work will have no impact on the theatre’s finances. This is an excellent example of how, in a time of great difficulty for the theatre sector, Art can support Art. Two worlds where apparently insignificant single elements, merged together, generate unique, intense, eternal emotions and where individuals are embraced and overturned, to come out, somehow, different than when they entered. VIETATO L’INGRESSO is the meeting point between the world of design with its various aspects and sensitivity and the colourful and lively world of entertainment. The spotlights are turned on the dressing rooms, these intimate places in the theatre that become an exclusive stage for design and architecture.Inside dressing room 1, designed by BDGS Architetti Associati and Daniela Volpi, there is the young lady armchair, designed by Paolo Rizzatto in 1991. The three-leg structure is the basic idea behind young lady, whose design is composed of a hybridisation process of two parts that are only apparently separate from the point of view of formal memory: the rotating tripod in light die-cast aluminium, equipped with a visible shock-absorbing mechanism, and the wrap-around body in Vienna straw, stretched over a frame in heat-bent and processed solid beech. 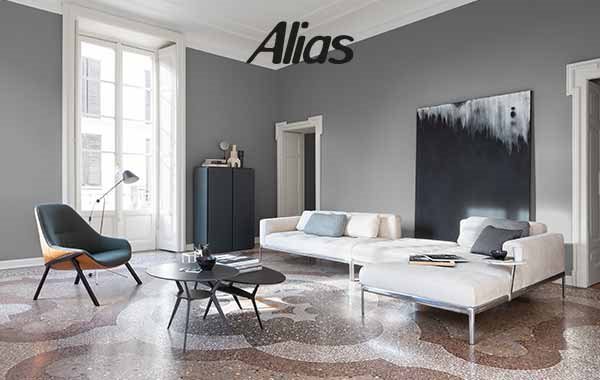 Thanks for subscribing to our newsletter.
You will receive updates on the Alias’ world news.


Close the popup and return to the site